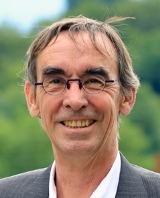 My name is Arthur de Graauw.

I am a French/Dutch coastal engineer living in Grenoble (France) and I was employed by a large French Consulting firm named SOGREAH (now ARTELIA) until 2015.
I graduated from Delft University of Technology in 1976 and my field of knowledge is civil engineering of coastal structures and areas. In this job we use a lot of hydraulic scale models and mathematical models.
As part of my engineering activities, I worked on many projects related to coastal erosion, industrial ports and marinas in the Mediterranean area (e.g. Lebanon, Gaza, Egypt, Libya, Tunisia and France). I also have been sailing and diving in a few place of the Mediterranean area.
I managed the Port Revel shiphandling training centre using manned models for 14 years and I retired at the end of 2015, keeping some limited activity as a consultant.
You can read more about my activities in Maritime Hydraulics here.
My main achievements are a participation in the design of the Oosterschelde Storm Surge Barrier (1976-80), the reconstruction of Sogreah’s Hydraulics Lab (1987), the initial project for offshore extension of Beirut Central District (1991), the extension of Port Revel (2009) and the present Catalogue of ancient ports.

Under the name Antoine de Graauw, I was first involved in ancient ports in 1998 by Franck Goddio for interpretation of his underwater discoveries in Alexandria.
I travelled to Leptis Magna in 2000 where I met André Laronde who showed me around on the North coast of the ancient city.
As “Artreve”, I started participation in the Wikipedia “Liste des Ports Antiques” page in 2008.
I decided to make a more comprehensive list of “all” ancient ports in September 2010 and came out with this web site one year later. I published further editions of this catalogue in March 2012, February 2013, January 2014, March 2016, June 2017, May 2018 and May 2020.
End of August 2012, I presented a poster at the meeting of the European Association of Archaeologists in Helsinki. End of January 2017, I presented a paper at the Portus Limen workshop in Rome and a second paper in January 2019. In 2021, I became a Research Associate at Lyon 2 University, Maison de l’Orient et de la Méditerranée, Archéorient (CNRS, UMR 5133).

And last but not least, I sometimes like to synthesize some aspects of my life into “Caric’Arthur” s …